▪ Support for running Microsoft CRM 4.0 together with Microsoft SQL Server 2008

For folks that want to setup an environment in which both Microsoft Dynamics CRM 4.0 and Microsoft SQL Server 2008 Reporting Services are on the same server (for small deployments or test machine) – you may encounter the following error "Publishing CRM reports failed" during the reports installation section (SBS 2008 environments are OK): 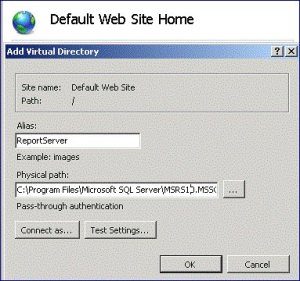 We tested the reports after the installation and also after applying the latest Update Rollup (UR7) – they ran fine.  This approach is unsupported.
Contact us if you need help with your Microsoft CRM.  Free Estimate.
Frank
Workopia, Inc.
Microsoft Dynamics CRM MVP
http://www.workopia.com/Links.htm